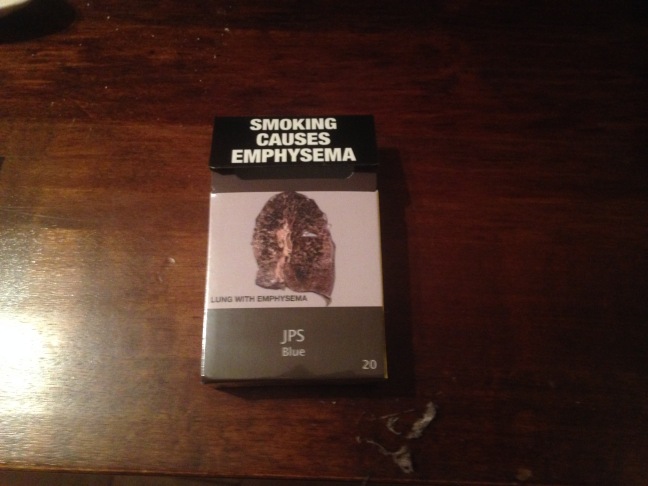 Last week, Member for Kiama Gareth Ward took to his personal Facebook profile to report that the NSW government would change the regulations regarding smoking in national parks. Gareth Ward – a member of parliament who believes in the use of social media to communicate with the electorate – noted that from the 1st of January, 2015, smoking in all state and national parks across New South Wales would be prohibited.

This new wave of legislation in the ongoing pursuit of banning smoking in public places was not received with an overly enthused amount of fanfare. This new development was, to some, a further encroachment on their liberties by the so-called ‘Nanny State.’ Team Australia, to put it bluntly, did not approve.

But what was the root cause of those civil liberties arguments? Personal liberties is a topic that has been written on extensively by the philosophy community for generations. Notwithstanding that fact, one of the treatises on civil liberties that remains as the cornerstone of personal and social obligations with our legislative and judiciary bodies is John Locke’s Second Treatise of Government.

In his Second Treatise of Government Locke sets out the six principles by which legislative provisions are set. These are as follows:

1. Everybody is really, really nice. (§6)
2. Everybody has come together to form a society to assist themselves and each other. (§80-81) The congregation of all these individuals coming together is referred to commonly as the government. (§85-86)
3. This society has been formed on rules that allow each and every citizen to operate with one another to better improve the living conditions for all. (§96)
4. These rules can change if society finds a need to expand or adapt.
5. Everybody – government included is bound to follow these rules. (§136)
6. If you don’t like these rules, or how the government is behaving, you can leave this system of government behind and start a new one. (§103)

These principles seem straightforward enough to the casual observer, however, interesting questions start to be asked once this is applied. The core element of Locke’s position on regulation was that certain offences were related to the burden that a parties activities put on others. (§95)

For example, we restrict a person’s liberties on the road by restricting speed limit. This is done because driving at a negligent or reckless speed can place a burden on other drivers, by way of injury through unnecessary accidents.

Taking that analogous situation to smoking in public places the same issue arises. Persons are free to smoke. However, there are restrictions on where and under what circumstances you can smoke as this behaviour may place a burden on others – primarily, in the area of passive smoking in an enclosed environment such as an office or a pub.

In a national park, however, the burden to others increases significantly. Not only is there a strong likelihood that smoking will lead to the pollution of the natural environment through discarded cigarette butts, but there is also a strong possibility that it poses a fire hazard as cigarettes are an incendiary.

Once someone considers the burden placed on the general public on why you can’t smoke in the middle of nowhere, the reasons become painfully clear.

One thought on “What John Locke can teach you about new smoking laws.”